Oxford on Film: From Attic to Archive 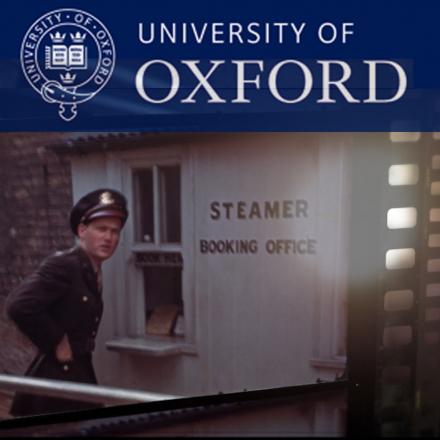 In this series we seek to rediscover film footage of Oxford’s past and make it available for public viewing. How has Oxford changed? How has it remained the same? What important events have happened at Oxford University? Each episode in the series makes use of archive films to explore when, where and how the films were taken, and what they can tell us about the history of the University, the city of Dreaming Spires and the surrounding Oxfordshire countryside. The series will include films ranging from the 1930s to the present day, featuring life in Oxford before and during World War Two, life as a student at the University, visiting dignitaries, the evolution of the city centre and much more.

The Oxford on Film series of videos is an output of the Dreaming Spools initiative. Dreaming Spools is a University of Oxford film archive project managed by the Educational Media Services team. The team are searching for lost film footage to bring old film and video footage out of the attics and into the archives and the wider community. More on the Dreaming Spools blog: http://blogs.it.ox.ac.uk/dreaming-spools/.