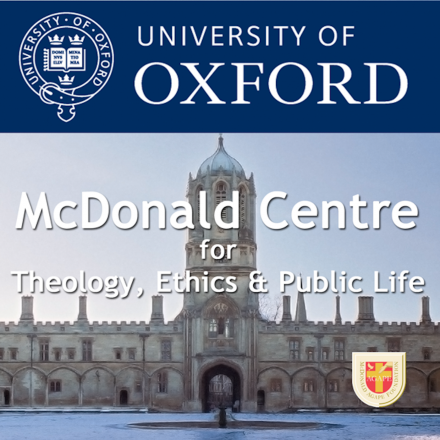 The McDonald Centre at the University of Oxford supports advanced research on the contribution of Christian theological traditions to the understanding and shaping of moral life—and especially moral issues of public concern—in conversation, at once charitable and candid, with other traditions of religious and philosophical thought. The Centre fosters collaboration both between theology and other disciplines, and between academia and those who shape public deliberation and policy. Into its discussions it draws scholars of high repute from around the world, as well as public figures of distinction. In disseminating the research that it supports, the Centre addresses academic, church, and wider public audiences.
Founded in 2008, the Centre is generously supported by the McDonald Agape Foundation, which endowed it in perpetuity in 2011.